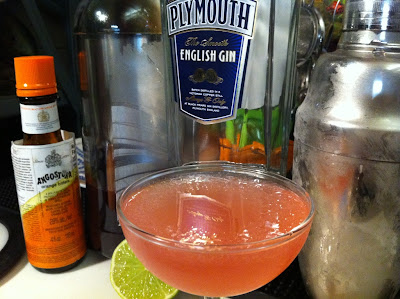 The Demi-Virgin
A recipe from David A. Embury's 1948 book, "The Fine Art of Mixing Drinks".
When I came across this one it looked worthy of a try, and what better "quirky" Embury drink to cap the series with?

I did a little digging on the drink's unusual name, and found that the "The Demi-Virgin" was also the name of a play that ran in New York City's "Eltinge" theater in late 1921. It was put on by a prominent promoter of the day, Avery Hopwood, who had two other shows running at the same time.

It was quite a controversial play and after a short run, it was ordered  to shut down.

The "Gossip of Rialto" column, that ran in the NY Times on Sept. 4, 1921, announced that the play had begun rehearsals. It was reported that on October 16th, local police had seen it fit to shut down an early viewing in Pittsburgh, before the show had ended.

It's Broadway opening on October 18th caused quite a sensation. (The article is a great read, I've linked it here.) By late November, New York City officials had begun attempts to shut the play down by revoking the theater's license.

The NY Times ran an article on January 4, 1922 announcing that the ban on the play had been upheld by a judge, and that the theatrical producer's request to lift the ban had been denied. It also mentioned that the play was still running as of that day, and that the city official in charge of the matter had been waiting for word of the Judge's order to shut down the production for good.

During the hearing to overturn the ban, a witness for the city characterized the play as "immoral, obscene and shocking to the sense of decency of even the most abandoned."

The "shock-rock" of it's day if you will...and great inspiration for a drink name.

This cocktail is a tasty treat, that it never caught on is probably due to it's name. "I'll have a Demi-Virgin, she said with a wink." How about Don Draper calling for one? I just don't see too many of the 50's cocktail-types having the confidence to pull that one off.

Well, maybe the "most abandoned"...but this was a time when the mainstream culture was extremely conservative, and that's putting it mildly.

It's a gem though, and worthy of a second chance. 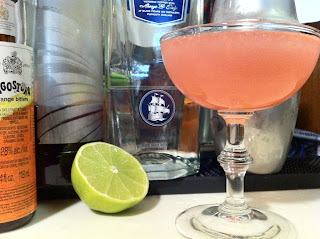 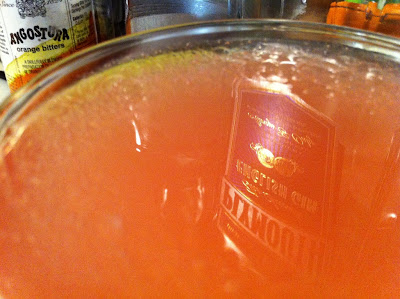 Posted by Boulder Libation at 7:08 PM