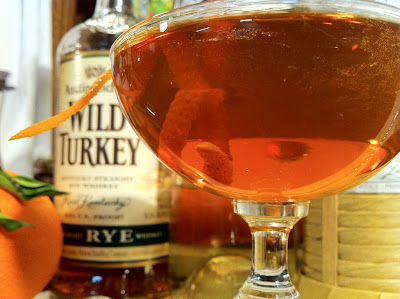 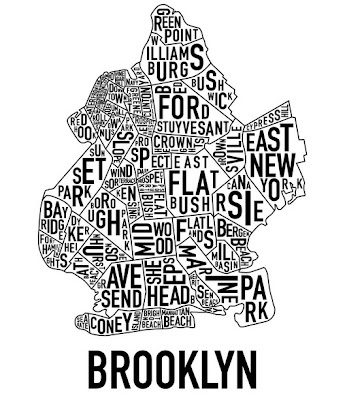 
The drink's merit is obviously endorsed by how quickly the recipe spread, and it's continued popularity to this day...well...maybe I shouldn't be that hard on it. In fact, this drink, though it has had its followers, was never that popular of a Manhattan variation and it shows up only here and there over the years.

Since this recipe is a personal favorite, I'm going to go into a little more depth with this one. I'll feature the  Jack's Manual recipe later as the base for my recommended recipe, so let's start with Jacques Straub's 1914 recipe in Drinks (once thought to be the earliest recipe) and work up from there, checking in on the recipe here and there as it has aged.


Next we'll check in on Harry & Wynn's Barflies & Cocktails version from 1927:


In 1930 it makes an appearance in The Savoy Cocktail Book by Harry Craddock:

(I guess Straub lifted this one from Jack's Manual as it does not appear in 1931's Old Waldorf Bar Days...the Brooklyn apparently not having been popular enough with that crowd for its inclusion.)

It was included in the original UKBG from 1934:


Frank Meier took a stab at it in 1936 in The Artistry of Mixing Drinks, interesting for a Paris bartender to leave out the Amer Picon!


Billy Tarling made sure to include in his 1937 update of the UKBG:


By 1948, Embury's take indicates that the Brooklyn's popularity had obviously begun to fade.

It appears in a few modern books, though not many. Robert Hess changed the dry vermouth to sweet in his 2008 title Essential Bartender's Guide. Though I'm sure it would work, I think it would technically be a "Sweet Brooklyn". Mr. Boston's also lists their recipe with sweet vermouth.

Most of the recipes though time call for a 1:1 or 2:1 ratio of rye to vermouth. Ted Haigh in "Vintage Spirits and Forgotten Cocktails" includes a recipe with dry vermouth, but his adaptation calls for using 2 oz of rye and only 3/4 oz of dry vermouth, using enough vermouth I suppose to make it a Brooklyn - but we're getting further away from this drink's roots.

Rye and dry vermouth...apparently not the most popular mix! That's really what this drink is all about though. If you are not into the base spirits, then this drink is likely going to fall flat for you.

If you are lucky enough to have a bottle of real Amer Picon, then you can make a real Brooklyn. At only 1 dash though, its flavor is really in the background.

A century ago when these recipes were written, Amer Picon was made stronger than it is now. So you can add more of it if you like, and remain true to the original creations, which is why the amount of Amer Picon in my recommended recipe below is larger than the amount of maraschino liqueur.

So, ready to try one? Let's see where it all began and look at the Jack's Manual recipe from 1908: 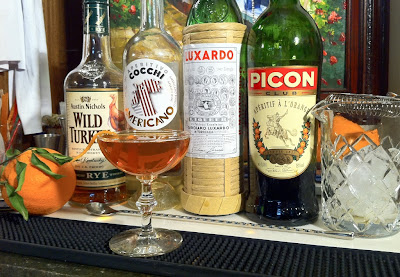 
Stir and strain into cocktail glass, garnish with an orange twist.


I'm going to follow suit here with previous authors through time by making a few slight adjustments to make this drink more to my liking - while trying to stay as true to the 1908 original version as possible.

I'm not sure what the flavor profile of "Ballor" was, but I did some experimenting to help me dial in my own preferred ingredients.

I've enjoyed this drink many times on its own, but here was a chance to make a batch for side-by-side comparisons. 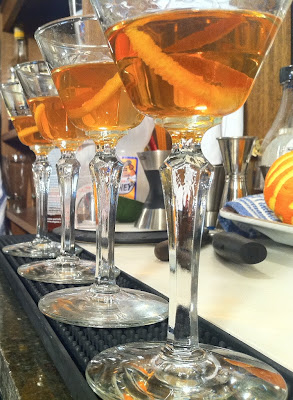 I started by making this recipe with Noilly Pratt, Lillet Blanc and Cocchi Americano against Rittenhouse bonded.

The Noilly was of course the driest of the bunch.  Though I had a better sense of the Rittenhouse with this combo than the others, and liked how it allowed the rye's flavors to shine through the mix. The Noilly's flavors managed to hold up well to my "generous" dashes of the Maraschino and Amer Picon. This combo is perfectly enjoyable. Especially if you have developed a taste for dry vermouth, as its flavor comes through well in this variation.

I would recommend Lillet blanc for the wine lovers out there, as the sauvignon blanc and semillon grapes in Lillet's base show up nicely here. It was a a mid-point between the Noilly Prat & Cocchi in terms of dryness.

The Cocchi was like a big wet kiss after trying the first two. Round & luscious with even more of a silky mouth feel than the Lillet, here was a very drinkable variation. Cocchi is not always my favorite choice, it is a little "off" in many combos for my palate. As with many bottles worth having though, when it works, it works really well!

(Cocchi Americano is blend of Moscato d'Asti, the roots of gentian flowers, cinchona bark and a secret blend of botanicals. It's known to be the truest recipe to the original Kina Lillet available on the market today.)

The fourth in the lineup was made with Wild Turkey 101 rye and Cocchi Americano.

Here was the mix I was after. It was the most "Manhattan-ish" of the lot. The Wild Turkey rye's bigger oak profile worked well to tame the Cocchi down for a nice balance. In turn, the Cocchi smoothed out the rough edges of the whiskey, while retaining its bitter, citrusy profile without overpowering the whiskey to the point that it had with the Rittenhouse. The flavors of the Maraschino and Amer Picon come through as well, but are not overpowering. There was something new here as well, the whole being greater than the sum of its parts, which is always the hallmark of a great cocktail.

The Wild Turkey/Chocchi on a 1:1 ratio was how my palate found the Brooklyn best to its liking, but these were all enjoyable combinations. I guess that's why the Brooklyn is a favorite of mine and many others - it's a flexible drink that offers many different experiences. Including hopefully, a favorite combination for you as well. 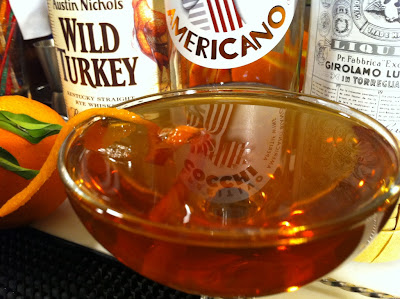 Posted by Boulder Libation at 4:43 PM