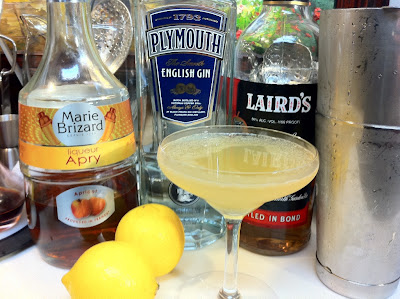 Gin, apricot brandy, applejack and lemon juice. That got my attention. Created by a cartoonist, sounded even more interesting. I came across this in the Big Bartender's Book and was surprised it had not caught my eye before.

From Ted Saucier's 1951 title Bottoms Up, and accredited to cartoonist Otto Soglow, this drink was named after a popular comic strip that Otto created for the New Yorker in 1931. 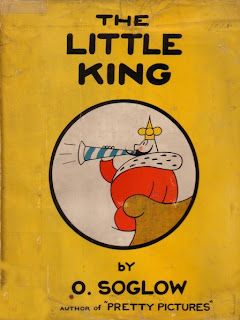 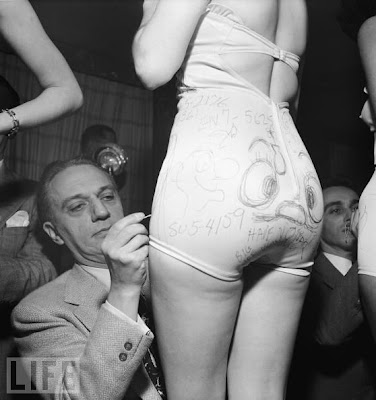 An article in LIFE from 1951 suggested that Soglow and a number of other cartoonists (one is partially visible in the photo above at the right) were brought together to test the properties of waterproof ink; as after being drawn on, the models were doused in water.
This is also the year Ted Saucier published the Little King recipe in his book Bottoms Up....coincidence? Most likely, but what a great one to document here!
Ted's recipe from 1951 was listed as:

Little King
Juice 1/4 Lemon
1/4 jigger Apricot Brandy
1/4 jigger Applejack
1/2 jigger Gin
Let's assume a 2 ounce jigger so we can get closer to a 3 ounce drink. The 1/4 lemon is trickier - after some experimenting I've found that 1/3 of an ounce makes for a nicely balanced drink. 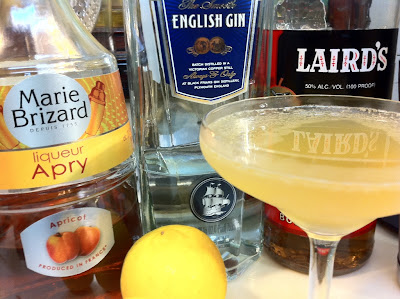 Delicate and dry, the drink is well balanced by the slightly sweet apricot and apple notes. With the lemon juice just right, it walks the line between sweet and sour well, trending on the dry side, but only a bit.

I've also noticed that this drink opens up very well, that is, when I've allowed it to sit that long - which hasn't been often!

Posted by Boulder Libation at 8:37 PM